Sydney CBD FC are an Australian amateur football club based in Sydney, NSW. 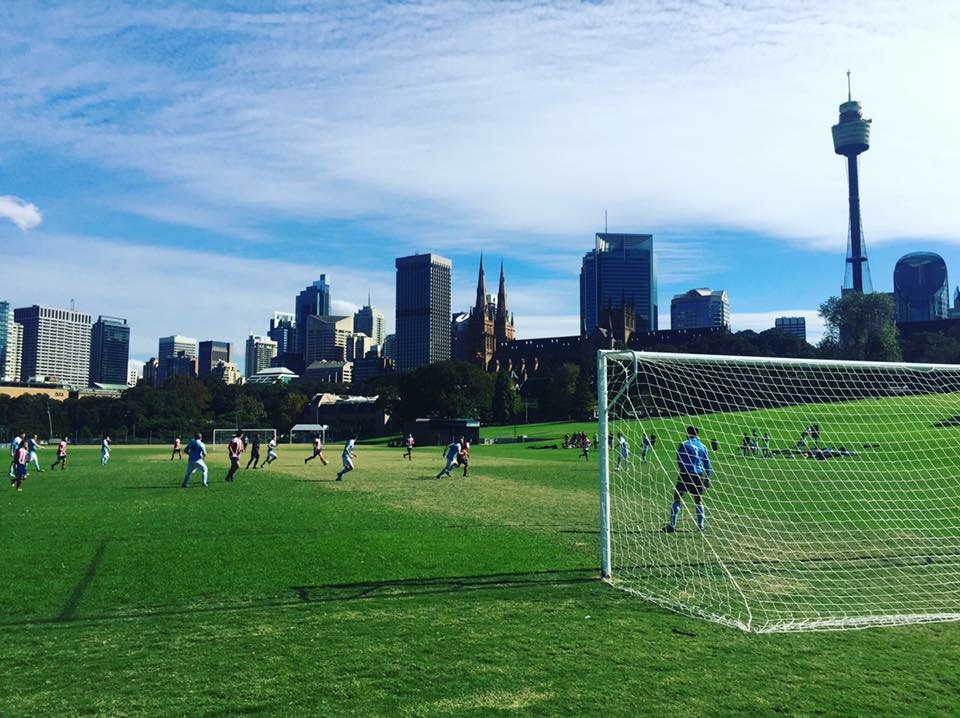 Sydney CBD FC currently compete in the Eastern Suburbs Football Association, Playing our home games at the Domain Pitches in the Royal Botanical Gardens, we are the only city centre based side and true to our name we boast impressive panoramic views of the Sydney CBD Skyline.

We, at Sydney CBD FC are a proud club ran by players for players. We are a a multi-cultural community club representing no less than 25 nationalities across our existing member base. After every match, the squads all head back to Cheers for a few post-game beers and a bite to eat.

Sydney CBD are one of the youngest teams in Australia, founded in 2014 and beginning life playing in the Sydney Amateur Football League. During the 2 years in SAFL, CBD reached 6 finals, winning the Sydney Amateur Cup. Sydney CBD has also been competing in the Westfield FFA Cup as well as cup runs into the FNSW State Cup. In 2019 we added to our trophy cabinet by taking home the ESFA Trophy.

Our young club joined ESFA in 2016 and have quickly become one of the fastest growing clubs around, adding three new squads and expanding to nearly 150 members already.

Sydney CBD FC has a bright future ahead as it continues to grow in size and stature with the aim of all teams to be competing for and winning honours. With the backing of our great sponsors and supporters as well as the efforts of our volunteer committee there really is no limits to what Sydney CBD FC can achieve!! To join this great club, click HERE to register your interest